Light and Shadow at Stonehenge 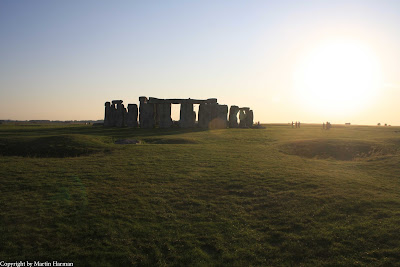 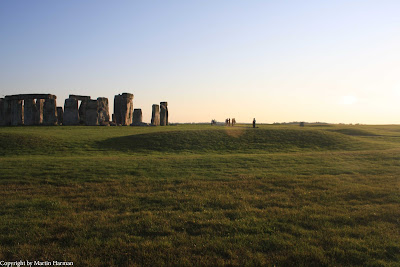 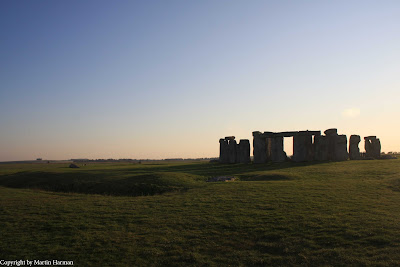 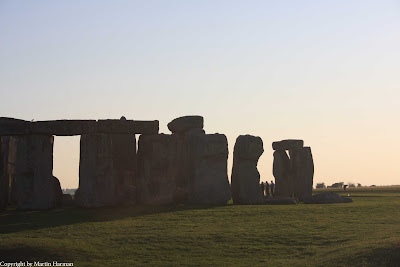 There is a real sense of drama when the light interacts with the stones in the later part of the day, such as the way some parts of the stones get lit up and others stay dark. I also noticed how light affected the inside space as well as the outside space essentially creating different ways of seeing.  Especially on this day there was a real kind o f atmosphere, I suppose the scenery also helps perhaps acting as a backdrop a stage almost.

Again light and shadow is a time based activity, it would be interesting to film the monument  for say a day or two to evidence the change of light against the stones.

Posted by Martin Harman at 02:35 No comments:

Email ThisBlogThis!Share to TwitterShare to FacebookShare to Pinterest
Labels: Research and Documentation 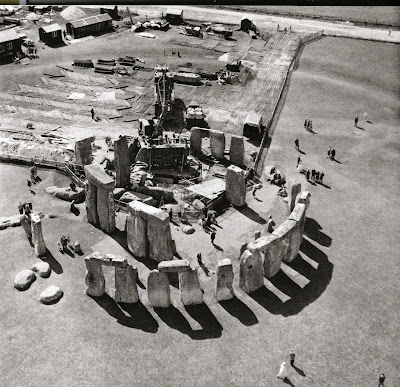 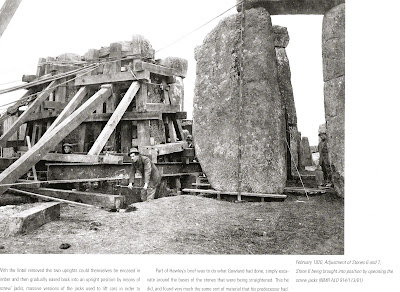 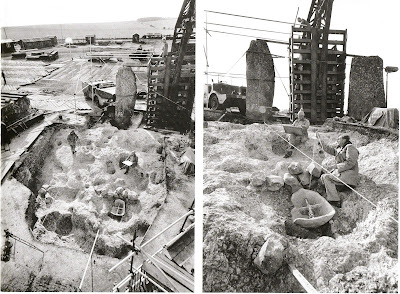 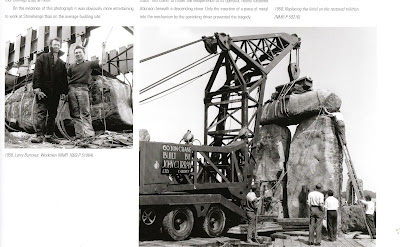 Taken from Book: Stonehenge a history in photographs by Fulian Richards

I found these photo's really interesting as it reveals part of the monuments history that is not very noticeable today. Perviously I had spoke to people about the restoration that took place and seems they were not aware of this but apparently Stonehenge has gone through quite a few restorations in the past. Its funny as before I even saw these images I just assumed Stonehenge was a monument unchanged throughout time and yes the image itself has been unchanged for thousands of years although I suppose if you look at the suggested evidence there are speculations that the monument did evolve from a wooden structure and then gradually to how we see it today but either way the circular configurations are a strong part of the overall image.

However it is interesting seeing these images of people trying to preserve the monument, the actual scale of the reconstruction's seems to be huge, douse this then leave questions about the monuments originality from its original builders, the image is unchanged to a certain extent but the activity around it or imposed on it is always changing.
Posted by Martin Harman at 03:15 No comments:

Email ThisBlogThis!Share to TwitterShare to FacebookShare to Pinterest
Labels: Research and Documentation

Interaction with the monument Stonehenge 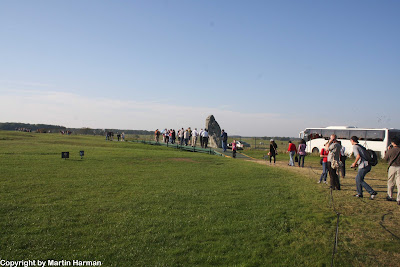 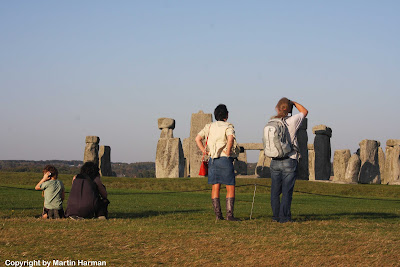 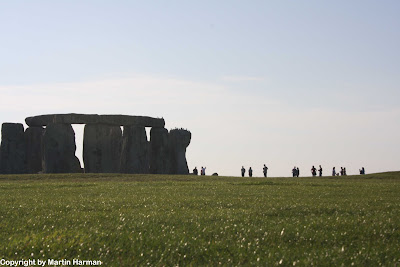 
I took took these pictures when I last visited Stonehenge, I was curious about how people interaced with the place. Obviously the site is a big attraction drawing people from all over the world including myself, I noticed a lot of peole taking photographs eaither of the monument or of themselves with it and people engaging in conversation with each other such as recalling what infomation they know about it or speculating its meaning, then there were some people who just walked around and around as if just deep in thought. What strikes my mind is that this place seems to be a kind of centre point for pilgrimage, we seem to be drawn to it, do we want to know more about it?, or do we come here to marvel at it to try to understand the past, or is it a visual place that is unchanged a place were people can record lives or revisit a memory?
Posted by Martin Harman at 06:10 No comments: