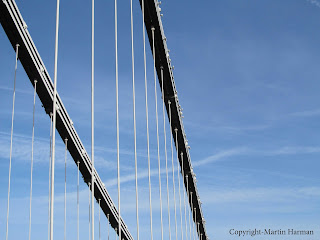 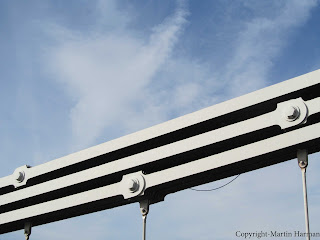 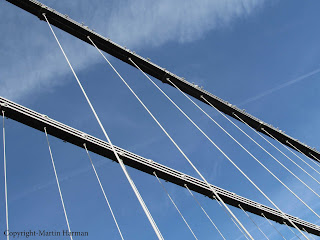 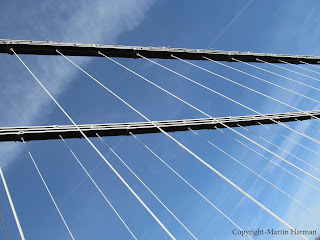 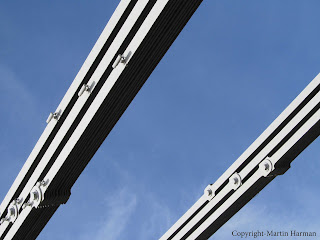 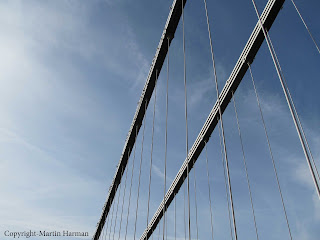 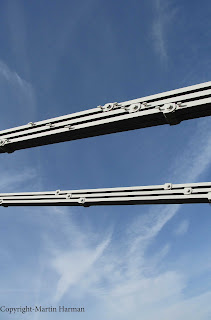 It has been quite a wile since I last took photos of the built environment as I have been focusing on other things lately, so it was nice to get the chance yesterday to take some photo's of Clifton Suspension Bridge in Bristol.

Finally the weather cleared up from the usual grey in the sky so I was fortunate to get some good shots. As usual I took a lot of photos and then selected the ones that I felt were strong. I made a refined decision this time round to choose photos I felt showed a relationship to one an other. Hopefully this comes across as the subject remains the same set against the blue of the sky. I suppose the only thing really different is the angle in which the pictures have been taken.

These pictures have defiantly got me thinking in terms of how I go about selecting my photographs, because for me its easy to choose so many different things, but here I realise there is opportunity within limitation, so I wonder how or if this will progress in terms of photography.

Reflecting on these new pictures leads me to think about the position of the form in space and this seems to be particularly present as the sky essentially acts as the space to which the forms occupies. Looking at these pictures there is almost an unruliness to it as the forms look as though they defy gravity. Then there is the colour its self as there is a stark contrast between the colour of the form and the background space. I like this as it draws my eyes to investigate different parts of the composition.

These pictures also lead me to think about the actual existence of the structures and I think the space intensifies this.
Posted by Martin Harman at 06:44 No comments: