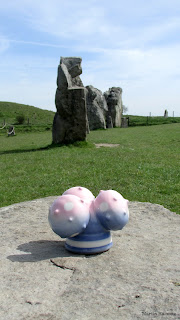 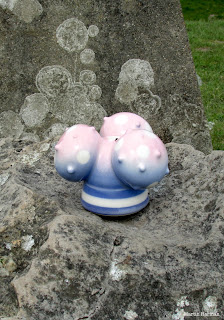 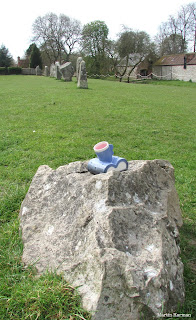 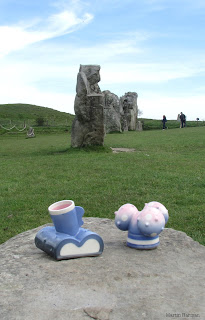 On the 6th of May 2016 myself and my wife went to visit the Avebury Stone Circle in Wiltshire, England. It is considered to be the largest Stone Circle in Europe perhaps constructed over several hundred years in the 3rd millennium BC.

This is my second visit now to this ancient site and it is really difficult to find words to describe its presence. Just like my encounter with Stonehenge in Salisbury, England I not only experienced the place by seeing it but also by feeling/sensing.

I don't know what the purpose behind the Avebury Stone Circle is but what I do know is that when I was there I could feel something. The feeling I felt was like a tingling sensation on the back of my legs and back. This feeling would come and go depending on were I stood within the circle, sometimes it was near the stones and sometimes it was in a clear space and I have had this feeling before at Stonehenge.

What I do realize about these place such as the Avebury Stone Circle and Stonehenge is the that they don't tell me how to think and what to do, its like it is up to me to experience and decode it for my self. I realize how important this is as this idea shifts its self into the sculpture I create and that is why I took these sculptures with me to place at the Avebury Stone Circle to re-establish that connection. Also by placing them outside they almost become more real in a sense as they we not in the context of the gallery setting.

I think we live in a world were we are constantly fed information which can influence the way we think and therefore I find it liberating that a place such as Avebury Stone Circle and Stonehenge can really free the mind to new thoughts and new experiences. In today's world everything seems to be materialistic and economy driven to consume. I wounder how different the world must have looked back then when these moments were in use and the ideas and ways of living for the people who used them. How different was their lifestyles to the ones we experience now?

I don't think the people who built places like these were primitive people, I think we just like to use that term to define that stage or evolution in human history. For me personally I think to able to construct a monument like that there needs to be some serious planing, organization and skill involved.

Thank you National Trust for allowing people to experience the stones in a personal way.
Posted by Martin Harman at 03:33 No comments: